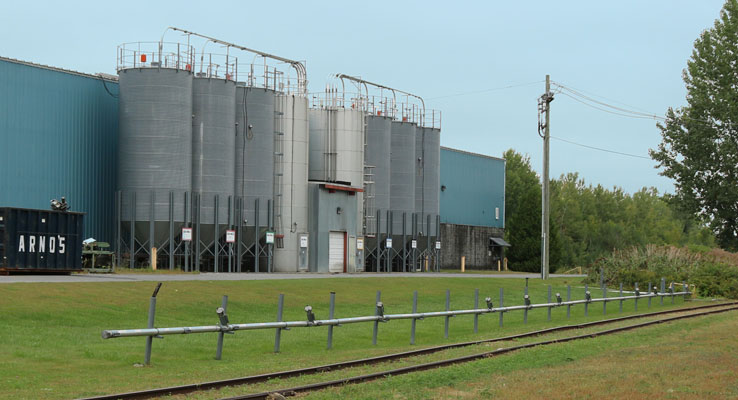 1940's - During the second world war, the compression and injection molding machines were used to manufacture plastic items needed in the war efforts. After the war the production shifted back to making buttons from a newly available material – Nylon.

1960's - New automatic carving and drilling equipment from Germany and Italy allowed CBL to compete against plastic buttons made in Japan.

1970's - CBL formed a partnership with J,T. Batts to produce and sell hangers in Canada. A new manufacturing facility for hangers, under the name Canadian Plastics Inc., was built in Hawkesbury Ontario. The facility quickly expanded from 20,000 square feet of production to 40,000 and then 60,000 square feet.

1990's - Additional manufacturing space was needed and an American factory was needed for the expansion into the American market. In 1998 the factory, under the name Champlain Plastics Inc., in Rouses Point, NY was opened by the Governor of New York, Mr. George E. Pataki.

2005 - Canadian Buttons, LTD. acquired the assets and intellectual property rights of the "Olympic" pool accessory brand from the US company Water Pik Technologies, which acquired it in 1999 after buying the company founded by Mr. Claude Marchand (Agence Claude Marchand).

2018 - Purchase by Mr. Lafontaine of all the outstanding shares held by the three (3) co-founders, Joseph Zalter, Alan Taveroff and Seth Leznoff.